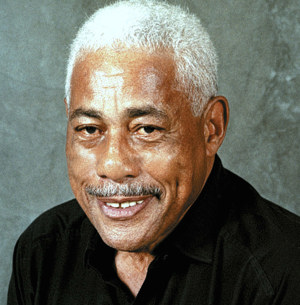 Bill Nunn helped evaluate college talent for 46 seasons in the Pittsburgh Steelers’ player personnel department. Nunn joined the Steelers as a scout in 1968 and was promoted to assistant director of player personnel in 1970. He was one of the few team employees who earned a ring from each of the Steelers’ six Super Bowl championships.

Former collegiate and professional football players have a unique understanding of the characteristics shared by athletes who succeed in the sport. They often have an ideal skill set for evaluating future NFL players.

The Nunn-Wooten Scouting Fellowship, created by the NFL in January 2015, exposes interested former players to a career in professional scouting. The program will give participants a unique glimpse into player personnel by introducing them to various areas related to college and pro scouting.

Applications will open in March of 2020.

The fellowship, named in honor of Bill Nunn, longtime personnel director for the Pittsburgh Steelers, and John Wooten, a former NFL player and front-office executive, is part of the NFL’s Football Development program under NFL Football Operations.

“The Nunn-Wooten Scouting Program offers a unique opportunity for our former players to learn more about this important profession,” said Troy Vincent, the NFL’s Executive Vice President of Football Operations. “Scouting is a critical function for all NFL teams. Identifying talent and building rosters strategically are keys to every team’s success.”

John Wooten has dedicated more than 40 years to the NFL as a player and a personnel executive.

Wooten is the chairman of the Fritz Pollard Alliance Foundation, which works with the NFL to promote minority hiring in coaching, scouting and front office positions. He was selected by Cleveland in the fifth round of the 1959 NFL draft and played guard for the Browns from 1959 to 1967 before moving to Washington for the 1968 season.

He began working in the Dallas Cowboys’ player personnel department in 1975 and was promoted to director of pro scouting in 1980. In 1991 he joined the NFL’s staff to create player development programs; a year later he moved to the Philadelphia Eagles’ front office, where from 1994 to 1997 he was vice president of player personnel. He then spent three years as assistant director of pro and college scouting for the Baltimore Ravens. Wooten retired in 2002.

The NFL recognizes that its players bring a unique drive and passion to the game. Helping former players succeed after their playing careers end — whether they stay in football or follow another path — gives back to those who make the sport great and strengthens the game for future generations, ensuring that football remains a vibrant aspect of American culture.

Applicants must meet one of the following prerequisites to be considered for the fellowship:

Please direct any questions to NunnWootenScouting@NFL.com.

Supporting Legends and their families throughout their transition.

Support for Players, On and Off the Field

NFL Player Engagement sets up players for success in football and in life.