The NFL and the NFL Players Association collectively bargain an on-field code of conduct for all players. The result: a well-defined schedule of infractions and fines.

The NFL uses the fine schedule to outline the league’s and the union’s expectations for players to conduct themselves in a way that honors the sport and respects the game, their fellow players, the fans and the league. The rules are intended to protect the players from unnecessary risk, promote player safety and emphasize sportsmanship and respect of teammates, opponents, coaches, officials and fans.

Player infractions may come to the league’s attention in a variety of ways. The league may respond to an official’s call during a game or to a specific play that a team submits for review. The NFL Officiating Department also reviews every play from every game and refers potential violations to the Football Operations compliance team.

League staff members examine the plays identified as having potential infractions to determine whether there is cause for additional review. 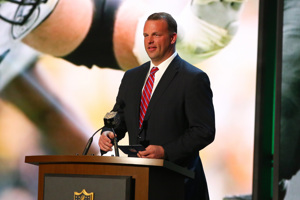 Runyan, a Pro Bowler in 2002, played for Houston/Tennessee, Philadelphia and San Diego during his 14 years in the NFL. After his playing career, Runyan served New Jersey’s 3rd congressional district in the U.S. House of Representatives from 2011-2015.

“It was my life’s dream to play in the NFL and I am incredibly grateful for the experience those 14 seasons gave me,” Runyan said. “I am thrilled to once again be a part of the NFL family and give back to the game that gave me so much."

“Jon’s breadth of experience from the gridiron to the halls of Congress to the NFL offices brings a unique perspective shaped by leadership as a player and in public service,” said NFL Executive Vice President of Football Operations Troy Vincent. 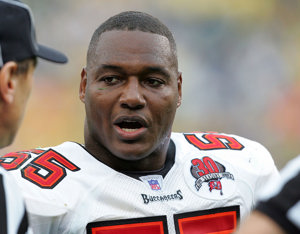 Derrick Brooks received two football-related honors in 2014: He was inducted into the Pro Football Hall of Fame, and he was chosen as an appeals officer by the NFL and the NFL Players Association (NFLPA).

Either Brooks or former NFL player James Thrash hears a player’s appeal of an on-field accountability measure. Every player has the right to appeal his discipline, and the decision by the appeals officer is final.

“Derrick views the game with a very unique understanding as both a player and team president,” said Troy Vincent, the NFL’s executive vice president of Football Operations, referring to Brooks’ 14 seasons in the NFL and his service since 2011 as president of the Arena Football League’s Tampa Bay Storm.

“We expect he will bring expertise and professionalism to his role as an arbitration officer,” said Jason Besler, the NFLPA’s senior director of player affairs and development.

Brooks, a linebacker with the Tampa Bay Buccaneers, was named to the Pro Bowl 11 times in his career. Never missing a game, he was an integral piece of Tampa Bay’s formidable defense throughout the 2000s and was a leader on the Buccaneers team that defeated the Oakland Raiders in Super Bowl XXXVII in 2002.

Before being drafted by Tampa Bay in 1995, Brooks was a three-time All-American linebacker at Florida State and helped lead the Seminoles to the national championship in 1993.

Brooks brings the leadership skills he learned as an elite football player to his role in the player appeals process.

“I just want to do the best I can to make something better than it is when I come to touch with it,” he said in his 2014 Hall of Fame induction speech. “And I’m going to work to do that.” 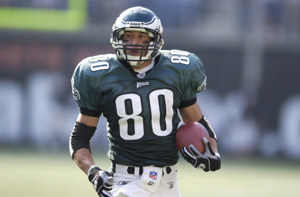 The NFL and the NFL Players Association (NFLPA) have jointly appointed former NFL player James Thrash to serve as an NFL appeals officer starting in 2015.

Thrash played wide receiver for the Washington Redskins and Philadelphia Eagles from 1997-2008. Following his 12-year playing career, Thrash led player development for Washington, helping coordinate an internship program for players and working with players and their families on financial and education programs. He later joined NFL Player Engagement, serving current and former players for three years.

Thrash brings years of on-field and front office experience to his position as appeals officer, where he will oversee player fines and keep the game safe.

Players subject to accountability measures receive a letter informing them of what they did, a video of the play in question, why they are being fined and how much it will cost them. They also receive information on how to appeal the fine. If they choose not to appeal, the fine is withheld from their next game check.

If a player protests a ruling, he schedules a hearing with the NFL, and his case is assigned to one of the league’s current appeals officers, Derrick Brooks or James Thrash, who are jointly appointed and paid by the NFL/NFLPA. Cases are assigned randomly, so neither side in the appeals process knows who will hear a case. The officer assigned to the case reviews the play and hears the league’s case and the player’s defense. The officer’s decision is final, and the ruling is binding.

If the discipline is upheld, the league withholds the amount of the fine from the player’s next check. If the player’s fine is rescinded, he will receive notification of the decision, and no money will be taken from his check.

Since 2009, about $4 million a year has been used to assist former players.