Burl Toler, a standout linebacker at the University of San Francisco, had dreams of an NFL career. The Cleveland Browns made him a ninth-round draft pick in 1951, but a severe knee injury in a college all-star game dashed his hopes of playing in the NFL. Undeterred, Toler focused on getting to the league through another avenue: officiating.

Toler was a pioneer in football and in life, paving the way for those behind him. He began his officiating career working college games in the Bay Area. In 1965, the NFL hired him as a head linesman — making him the first black official in any major professional sports league.

“It was a big break for me,” Toler told Ebony magazine that year, adding, in a reference to his career-ending knee injury, “far different than the one I got so many years ago.”

“We scouted him personally and in films,” NFL executive Jim Kensil told Ebony magazine, “and we believe he will be one of the best men we have.”

Toler proved Kensil right as he officiated in the NFL for 15 seasons — including working Super Bowl XIV in 1980, where he became the first black official in the championship game.

Toler was a defensive star on the 1951 University of San Francisco Dons football team, which included future Hall of Famers Gino Marchetti, Ollie Matson and Bob St. Clair. While the team experienced extraordinary on-field success, a courageous decision made off the field is its lasting legacy.

A perfect 9-0 record earned the Dons an invitation to the Orange Bowl, with one stipulation: The two black players on the team, Toler and Matson, couldn’t play. The Dons voted — and unanimously refused the invitation.

Off the field, Toler worked for 17 years at San Francisco’s Benjamin Franklin Middle School as a teacher, coach, counselor and principal — the first black secondary school principal in the Bay Area. In 2006, the school, which had been closed two years earlier, reopened as the Burl A. Toler Campus, home to two charter schools. 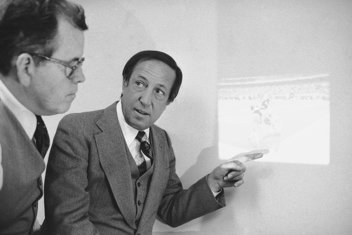