To some, the NFL Draft serves as the “final exam” for measuring the skill that each club has at determining and choosing talent.

Clubs draw from thousands of scouting reports, medical evaluations, and personal interactions to decide which players can turn around a franchise or fill gaps to make a good team into an exceptional one.

Before clubs select a single player, NFL Football Operations goes through an exhaustive process of verifying players’ draft eligibility. This means that the NFL’s Player Personnel department researches and verifies the educational and athletic participation history of thousands of players that may be eligible for the Draft. League staff review college teams’ media guides and websites, contact college coaches, compliance officers and football administrators, and communicate with the student-athletes.

Learn more in the NFL's Head Coach's Guide to the College Advisory Committee.

In recent years, the number of underclassmen who have applied to gain early entry into the Draft (“special eligibility”) has steadily increased. In certain cases, it may be the player’s best move; in most, though, the player may be drafted lower than he anticipated, or not at all. In these cases, the player has now forfeited the rest of his college eligibility and has given up his best chance to earn a degree while improving his football skills.

Only 1.6% of all NCAA football players ever make it to the professional level.

To help both the clubs, who want NFL-ready players in the Draft, and the student-athletes, who are looking to enter the Draft early, the NFL relies on its College Advisory Committee. The Committee, which includes high-level personnel evaluators from NFL clubs and directors from the league’s two sanctioned scouting organizations (National Football Scouting and BLESTO), advises underclassmen on their draft prospects before they make a formal request to the league to join the Draft.

The College Advisory Committee’s process for determining whether underclassmen are ready for the NFL changed in 2014. Under the revised NFL guidelines, a college can request evaluations for only five players, with exceptions determined on a case-by-case basis; previously, there was no limit on the number of players from one team who could be reviewed.

The new ratings are much simpler: potential first round, potential second round, or neither, which is effectively a recommendation to stay in school.

If a student-athlete’s goal is to play in the NFL, his best chance at success may be to stay in school, earn his education, improve his Draft position and complete his college football eligibility.

“While some like to debate the advantages of declaring early for the draft, one thing is for certain: Completing your education affords you more opportunity and financial freedom beyond football.”

Ahead of the 2021 NFL Draft, 13 student-athletes were given first- or second-round evaluation. Eleven of the 12 who declared for the Draft were drafted in the first two rounds.

The College Advisory Committee is extremely accurate when evaluating first- or second-round prospects who declare for the Draft. 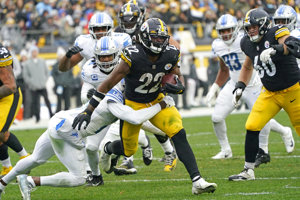 Getting Better With Age

The value of the College Advisory Committee can be seen in recent decisions made by several high-profile players choosing to return to school.

The average draft position of these players was consistent with the evaluations provided by the NFL clubs.

Since 2012, 86.3% of student-athletes who received a first- or second-round evaluation and declared for the Draft have been selected in the first two rounds.

The NFL encourages most underclassmen to finish their college eligibility and earn a degree while maturing as a professional prospect. Participating in the Draft means that an underclassman loses his remaining eligibility: If he is not selected by an NFL team, he will not be able to play another college season and he will not be able to improve his draft standing for the following year’s draft.

“Declaring for the Draft doesn’t guarantee success in the NFL,” said Vincent. “A College Advisory Committee evaluation will assist you in making an informed decision.” 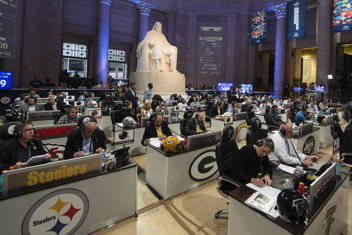 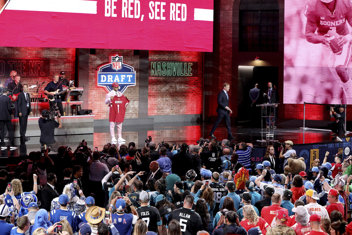