Every NFL game features a third team on the field: the officials. 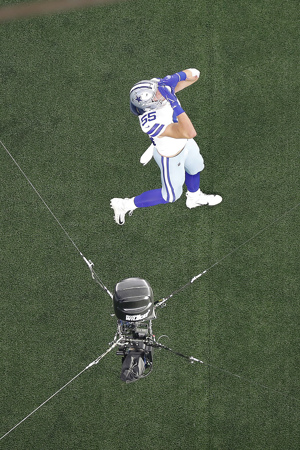 How NFL officials use All-22 footage.

Officials download the All-22 footage of their game about three hours after it ends. All-22 footage compiles sideline and end zone angles and is available not only to every official, but also to fans and media who want to study the same footage as coaches and officials. The tool allows users to review an entire game or isolate specific plays with the click of a button.

Fans are familiar with the hard work the players put in to prepare for each season, each game and each play. But many are unaware of the efforts by the league and its officials to also perform at the highest level possible. The NFL’s officiating department continuously evaluates performance, trains and mentors personnel, and reviews hours of film to make sure its officials are in position to succeed week after week.

During the season, the league’s 121 officials spend 30+ hours each week studying video and the rulebook, meeting with their crews and reviewing evaluations by their supervisors. League officials, supervisors and former coaches grade each of the seven officials in a crew on every play of every game from Art McNally GameDay Central (AMGC) at NFL headquarters in New York. All of this ensures that the third team is as prepared as the players taking the field.

The evaluation process begins immediately after a game. As officials leave the stadium after a game, ready to board a plane for home, a video review technician hands each one a flash drive with the network broadcast of the game they just worked to plug into their Microsoft Surface tablet.

As officials begin to review their own performances, the crew inside AMGC begins analyzing every play from that week using state-of-the-art technology.

See how technology in the game has expanded over the years.

The officiating department makes sure that its eight coordinator coaches — four full-time and four part-time — have what they need to grade their games. Coordinator coaches have significant experience at the position they oversee. They are teachers and mentors, and they use evaluations and position-specific training videos to ensure that officials at each position have everything they need to prepare ahead of their next game.

As Sunday night wraps up, supervisors can download video from the NFL’s Hawk-Eye SMART system to assist them with their evaluations. Most weeks, supervisors grade two games, one of which they attend in person.

"We’re going to strive for perfection, but we’re not going to get it — I know from experience," said Art McNally, Pro Football Hall of Famer. "I have never seen a perfectly officiated football game. But our officials are the finest group of officials in the country, and I’d put them up against anybody."

In a typical week, supervisors begin evaluating the past weekend’s games on Monday and Tuesday. Every play from every game is being evaluated with a focus on teaching, training, positioning and mechanics. By Wednesday and Thursday, the evaluations are complete and shared with the crews.

Once supervisors submit grades and feedback, referees hold conference calls with their crews to discuss their evaluations. They talk about what went right, what went wrong and where they can improve.

Check out the roles and responsibilities of all seven on-field officials.

Officials can request clarification on their grades for any play. Those plays are reviewed on Wednesdays when supervisors meet to review every play together via teleconference.

The stakes are high for officials. With aspirations of working postseason games or the Super Bowl, officials know that how they are evaluated during the season — whether they’re making the correct calls, minimizing mistakes and demonstrating solid mechanics — ultimately could lead to plying their trade on the league’s biggest stages.

Our job has a lot of responsibilities. We work diligently with the guys at our positions to make sure they’re all at the same level. We’re looking at every play of every game to see that it’s officiated as correctly as we can. And if it’s not, then we point that out to the crew and try to work on better understanding the coverage of the play. — Former NFL Official

Crews haven’t always had cutting-edge technology to use when they review games. At one time, game film was projected on hotel linens or walls as a key part of the process — a far cry from the Hawk-Eye SMART software, cloud storage and flash drives of today.

AMGC creates several compilation videos to clarify specific plays. The officiating department strongly believes in using video to train officials, and the technology inside AMGC allows the team to prepare three different weekly instructional videos — each for a specific audience:

Similarly to how a coach scouts opponents to discover their strengths and weaknesses, the officiating department uses video to show officials what they can expect from the teams they’ll be seeing at their next game. Video helps prepare officials for teams that rely on certain formations, run no-huddle offenses or use other specific tactics each week.

The NFL’s popularity means that each official’s every move is scrutinized — so the officiating department feels that it’s important to communicate to the public how and why the game is called the way it is.

See what officials look for in NFL games.

Officiating proficiency is not the only aspect of the game thoroughly analyzed at AMGC. Officiating assistants compile a playlist of potential injuries, logged throughout the day by either the in-stadium injury review system or the AMGC replay technicians. This playlist is sent to Ronnie Lott and Curtis Martin, who oversee the safety committee.

The assistants prepare an additional compilation of plays that may require disciplinary action for the officiating department’s review. If the play warrants further review, it’s passed to NFL executives, who determine and hand out fines or suspensions.

For a fresh perspective, offensive and defensive coaches across the league are brought in to help the officiating department bridge the gap between how the game is officiated, how it’s being coached and how it’s being played.

The approach is not only beneficial to the officiating department, but the league itself, with coaches taking what they learn back onto the field.

Officiating will never be perfect, but the officiating department always tries to get as close as possible. The dedication to continuously evaluating, training and mentoring the league’s officials is an ongoing commitment. The process continues to evolve, and the thoroughness, preparation and expertise involved are indispensable.

See how the NFL’s Hawk-Eye SMART system has enhanced AMGC.

Fans, coaches and players may not always agree with every call, but when the curtain is pulled back on the process, the league’s commitment to excellence, consistency and clarity is revealed. The officiating department, AMGC team and the 121 on-field officials strive for perfection more than the public eye can see, ensuring that the players — not officials’ calls — decide the outcome on the field. 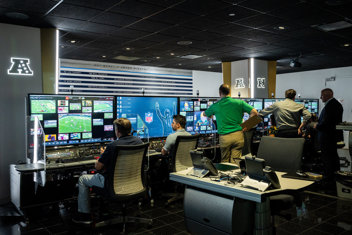 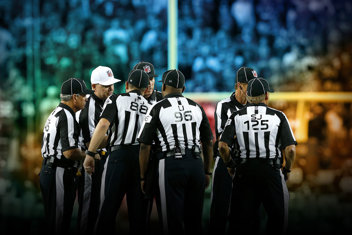 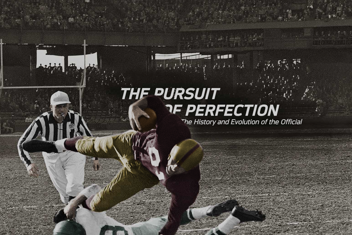