2021 Rules Changes and Points of Emphasis

The NFL is committed to protecting players from unnecessary risk, while keeping the game fair, competitive and exciting.

The NFL Competition Committee receives and considers input from coaches, general managers, owners, current players and NFL Legends, the NFL Players Association, medical personnel and the media, and conducts weeks of discussion and video study before recommending changes to any rule.

The league reviews changes with players, coaches and officials during off-season meetings, training camp and the NFL Officiating Clinic to help everyone adapt to the rule changes and points of emphasis. The Officiating Department also provides training videos for players and coaches with specific examples.

The Competition Committee has revised the rule enforcement of fouls that occur during try attempts. Any previously enforced penalty on a try attempt cannot be negated. Even if the resulting penalties allow a team to attempt a different try option.

A forward pass from beyond the line of scrimmage results in a loss of down and five yards from the spot of the pass.

Beginning in the 2021 season, a second forward pass thrown from behind the line of scrimmage, or a forward pass thrown after the ball returns behind the line of scrimmage, will now result in a loss of down and a five yard penalty from the previous spot. Additionally, if the foul occurs in the end zone, it will result in a safety.

The Committee has expanded the rule for game officials to receive assistance from the Replay Official and designated members of the Officiating department to advise the game officials on specific, objective aspects of a play when clear and obvious video evidence is present, and/or to address game administration issues.

This rule is designed to assist game officials in the administration of certain objective on-field rulings.

Blocks Below the Waist

New for 2021, the tight end box is defined as the area two yards outside of the normal tackle position and extends five yards on either side of the line of scrimmage.

Blocks below the waist during a scrimmage down, prior to a change of possession, are prohibited by players from either team, unless the contact occurs within the tight end box.

This does not apply to a runner or a player attempting to catch a forward or backward pass. Players are still restricted by other low block rules, even if the contact occurs within the tight end box, such as an Illegal Crackback Block, a Chop Block or Clipping.

Elimination of Overtime in Preseason

If the score is tied at the end of regulation during the preseason, overtime will not be played.

The Committee expanded the numbering rules that allows certain positions to wear single-digit numbers, which had previously been assigned to quarterbacks, kickers and punters.

The expanded numbers are adjusted as follows:

The Officiating Department will continue to emphasize the Use of Helmet rule, first adopted in 2018.

Hear from NFL Legends as they analyze video of plays that present unnecessary risk to players and provide examples of proper technique for the 2021 season.

To promote good sportsmanship and respect for opponents, the NFL Competition Committee, NFL coaches, and the NFL Players Association all strongly recommended that the taunting of an opponent be a point of emphasis for officials.

What is taunting? Any flagrant acts or remarks that deride, mock, bait, or embarrass an opponent.

Two taunting penalties committed by an individual player will result in an automatic disqualification. In addition, the taunting player may be subject to additional discipline depending on the severity of the action. 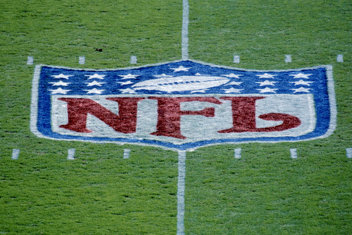