Roman Oben, an offensive tackle on four NFL teams, is the league’s new director of youth and high school football.

He will lead the league’s involvement with youth and high school football programs, coordinate with key stakeholders in those areas, and contribute his expertise and knowledge to the NFL’s youth football efforts.

“I’m grateful that my past experiences on and off the field have given me a unique perspective,” said Oben, who joins former players Merton Hanks, Matt Birk, Dwight Hollier, Patrick Kerney, James Thrash, Troy Vincent and Charles Way at the NFL office. “Youth and high school football are the pillars for the next generation of players and fans of this great game.”

His appointment was announced on Jan. 20.

Oben played college football at the University of Louisville and was drafted by the New York Giants in 1996. His 12-year career included four years with the Giants and stops with the Cleveland Browns, the San Diego Chargers and the Tampa Bay Buccaneers, where he played on the Super Bowl XXXVII championship team. He also was the NFL Players Association representative for three teams.

Upon retiring from the NFL after the 2007 season, Oben led seminars that focused on preparing college student-athletes for life after sports and worked in broadcast media and advertising. In 2012, he founded Oben Flag Football, LLC, which brings skills-and-drills clinics and football camps to urban and suburban recreation programs.

Oben graduated from Louisville with a bachelor's degree in economics and earned a master's degree in public administration from Fairleigh Dickinson University in 2001, attending classes during the offseason.

“Roman is passionate about football and the values and benefits it imparts,” said Jeff Miller, the NFL senior vice president of health and safety policy.  “He will lead our efforts with youth and high school football and make those great games even better.”

Learn more about how the league’s development programs develop not only the next generation of football players and athletes, but also successful and capable young adults. 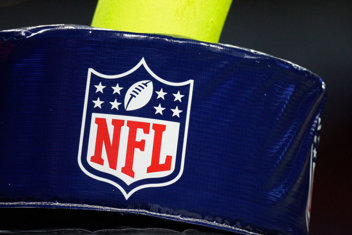