The NFL Officiating Development Program (ODP) provides an opportunity for college-level officials not yet working in the NFL to be exposed to some of the same experiences as NFL officials. Drawn from the nearly 4,000 candidates in the league’s scouting database, these officials are evaluated by the league to answer one question: Do they have the potential to succeed in the NFL?

Once accepted into the program, they study position-specific film with veteran NFL officials and current officiating coaches and trainers, as well as, review NFL mechanics and analyze the differences in rules between NFL and NCAA. ODP officials gain NFL experiences by:

At the end of the season, the officials in the ODP will be assessed as follows:

Some ODP officials have several successful years of experience as college referees (crew chiefs). In most cases, when these officials enter the league, they will work at a position other than referee to gain experience. 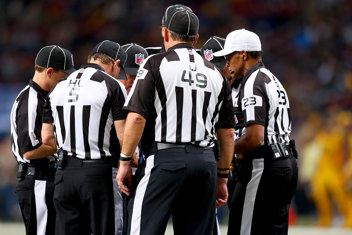 The complete 2021 NFL roster of officials. 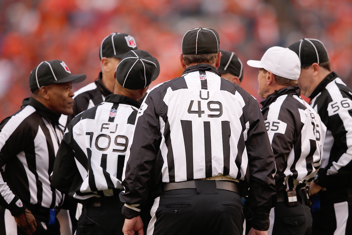