The Rooney Rule encourages hiring best practices to foster and provide opportunity to diverse leadership throughout the NFL.

The Rooney Rule is one part of the NFL’s effort to develop a deep, sustainable talent pool at all levels of the organization. The policy promotes diverse leadership among NFL clubs to ensure that promising candidates have the opportunity to prove they have the necessary skills and qualifications to excel.

Through hiring best practices, the Rooney Rule aims to increase the number of minorities hired in head coach, general manager, and executive positions. This diversity enriches the game and creates a more effective, quality organization from top to bottom.

EVOLUTION OF THE ROONEY RULE

The NFL adopted the Rooney Rule in 2003 based on recommendations made by the league’s Workplace Diversity Committee. It was named after then-chairman of the committee, Dan Rooney, the late owner of the Pittsburgh Steelers. 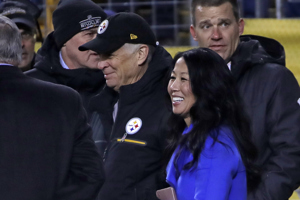 What is the Workplace Diversity Committee?

The NFL Workplace Diversity Committee is a group of team owners and executives that support and make recommendations about league diversity efforts. The current committee members include:

The committee’s initial focus was on the historically low number of minorities in head coaching positions. The policy originally required every team with a head coaching vacancy to interview at least one or more diverse candidates before making a new hire.

Over the years, the Rooney Rule has expanded to include a greater number of positions across NFL clubs. In 2009, the policy was amended to include general manager jobs and equivalent front-office positions, requiring each team to interview a minimum of two external minority candidates.

In November 2020, team owners approved a proposal rewarding teams who developed minority talent that went on to become GMs or head coaches across the league. If a team lost a minority executive or coach to another team, that team would receive a third-round compensatory pick for two years. If a team lost both a coach and personnel member, it would receive a third-round compensatory pick for three years.

In recent years, the Workplace Diversity Committee has proposed additional changes to strengthen the Rooney Rule, including:

NFL Commissioner Roger Goodell stated that the updates “bolster the current Rooney Rule requirements and are intended to create additional opportunities for diverse candidates to be identified, interviewed, and ultimately hired when a vacancy becomes available.”

The committee also supported new accountability measures to ensure that all teams follow the procedures outlined in the rule.

Following the 2012 season, the NFL began working with independent researchers to document the impact of the league’s diversity and inclusion efforts. The result was the first NFL Diversity and Inclusion Report.

“Each year, the Occupational Mobility Report provides insight on our efforts to improve and assists us in evolving our go-forward strategies to develop and emphasize the characteristics, talents and skills needed for a diverse workplace,” said Troy Vincent Sr., Executive Vice President of Football Operations.

The report analyzed the hiring process and proposed new practices to increase the number of minority coaches. Now published annually, the Diversity and Inclusion Report has expanded to include analysis of job mobility patterns across the NFL.

The Rooney Rule is one of several leaguewide efforts to promote diversity and inclusion on and off the field: 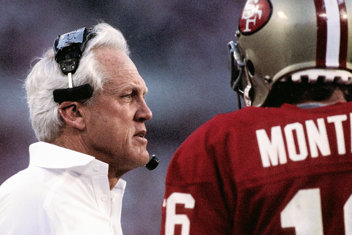 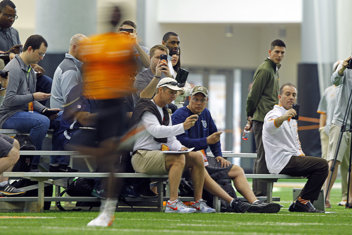